Born in Granada- Spain, she started training at the age of 5 in El Centro Coreografico Internacional de Danza Clasica and Escuela de Danza Chasse, then she moved to Madrid to train at the Conservatorio Profesional de Danza Clásica. Upon graduation she came to London in 1991 to continue her professional training at Central School of Ballet.
During her professional dance career, she had the opportunity to appear in National and International venues with many companies including The Royal Opera at Covent Garden and Japan tour, Ballet Creations of London, Vienna Festival Ballet, The English Character Dance Company (formerly Romanska), Dance Umbrella’s British Library project, Cambridge Handel Opera, Re-animator, Balletomania and Volga Dancers.
Her screen work includes “Goodnight Sweetheart”, the feature film “Swept from the Sea” and various programs for ITV and Channel 5 TV.
Esperanza has performed roles from Classical and Modern Repertoire including: “The Little Mermaid”, “Portrait of Pavlova”, “Swan Lake”, “Coppelia”, “The Nutcracker”, “La Sylphide”, “Cinderella”, “Giselle”, “The Sleeping Beauty”, “La Traviata”, “La Forza del Destino” “England Dances”, “Gypsy Journey” and “Rhapsody in Blue”.
Over the last 12 years since obtaining her teaching qualifications with the Royal Academy of Dance and the Imperial Society of Teachers of Dance, she has choreographed, taught ballet and character dance to professional dancers, teachers and students alike in England, Spain and Italy.
In the Summer Season 2009 at the Royal Opera House, Esperanza had the opportunity to work as Assistant Choreographer and Dancer for the revival of La Traviata, screened live in cinemas all around Europe.
In 2012, she was invited to adjudicate the Cecchetti Classical Ballet Awards held at Sadler’s Wells Theatre in London.
Esperanza is constantly embarking in new projects to complement her CPD requirements joining in courses with the RAD, Dance UK and ISTD. She has completed courses including Dance with Adults, Syllabus refresher courses, Floor Barre, Child Protection, Anatomy and currently studding Sport Nutrition.
As well as her love for teaching, she has been designing and making costumes and theatrical props for Vienna Festival Ballet since 2004 to present days.
Esperanza has been a member of FirstSteps School of Dance for the last 12 years.

England has now moved to Step 4 in the Roadmap

Please email us for any further information. 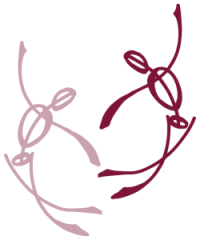